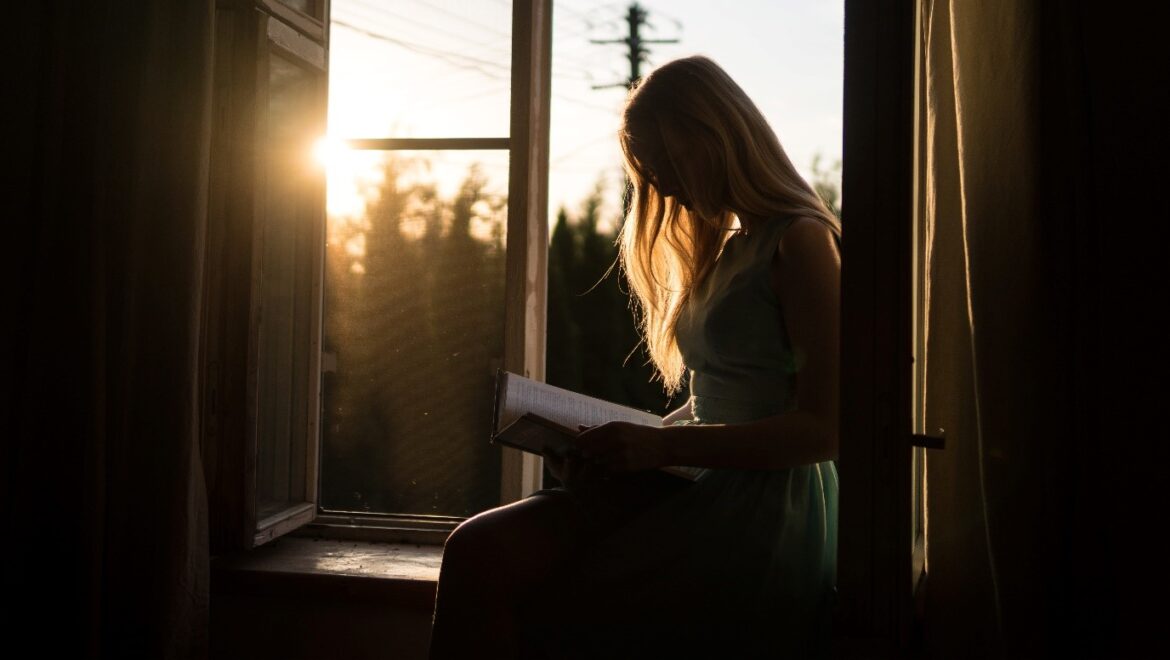 Netflix’s series The Woman in the House Across the Street from the Girl in the Window, is a tongue-in-cheek thriller about a woman who thinks she witnesses a terrible crime in the house directly opposite her own.

The story takes aim at recent thrillers such as The Girl on the Train and The Woman in the Window, while at the same time showing a lot of affection for the genre (spoilers ahead).

The title is an instant give-away that the show is not to be taken seriously, but it’s not all parody. This series also wants viewers to have an emotional connection with Anna and empathise with her tragic backstory while at the same time making a joke out of her daughter’s murder at the hands of a serial killer on ‘bring your kid to work day.’

The tension between these conflicting goals means that some jokes fall flat, and the tone is uneven, which is why reviews have been mixed. Despite this, it’s still a brilliant series in my opinion and well worth a look (especially if you’re a thriller fan or author!).

Here are the top five thriller tropes satirised in the series:

Domestic thrillers aimed at woman are often about women’s repressed rage. How many stories begin with a wife who suspects her husband may be trying to kill her? Often, she’s incapacitated in some way and at his mercy. At other times, the malevolent male refuses to believe what the main character is going through, leading her to doubt her own sanity.

Anna’s husband falls into the second category. He’s not actively evil, but his behaviour causes much damage. There’s a touching scene where Anna tells him that neither of them are to blame for their daughter’s death. We know this is untrue because he left his daughter alone in a room with a SERIAL KILLER.

He also employed a convicted mass murderer to fix their mailbox and neglected to tell his wife about this. At the end we discover that as her therapist, he massively overprescribed her medication in error, literally causing her hallucinations and deranged behaviour.

The charming neighbour is often interchangeable with the malevolent male. He usually ends up being either the love interest or the vicious murderer. In this case he’s neither. Sparks seem to fly immediately between Anna and Neil as they bond over their mutual tragic losses, but this connection is rudely interrupted when his girlfriend Lisa arrives.

Instead of casting sheepish glances in Anna’s direction because he felt the connection too, he cheerfully hugs his girlfriend. In a later scene he doesn’t even use her name but refers to her as ‘the woman across the street’ as he laughingly leaves a voice message for Lisa, telling her that Anna thought she witnessed her murder.

As Anna’s behavior escalates and she breaks into his house, he takes out a restraining order against her. In a standard thriller, Anna would be vindicated when the truth is revealed, and he would regret doubting her. Instead….well I think you can guess how he ends up if you haven’t seen the series.

Many contemporary thrillers involve a heroine who suffers from a condition that keeps them locked away and isolated. Think Anna Fox in The Woman in the Window and Rachel in The Girl on the Train. The reason so many thriller protagonists suffer from amnesia is because this cuts them off from other people and their former life.

The series has a lot of fun with this trope by giving Anna the condition ombrophobia, or fear of rain. It’s revealed early on that this is related to her daughter’s death, and we assume she perished in a car accident in bad weather. Later we learn that the only connection is that it was raining the day her daughter was murdered.

Anna is also a bit of an alcoholic, and her epic glasses of red wine are constantly on display. I love the fact that she’s often shown drinking wine and reading books with similar titles to the movie. The series is taking a gentle swipe at the readers of this genre, and the wine-soaked book clubs that lap these stories up.

All thrillers aim for a final twist that no one saw coming. It’s extremely hard to pull this off, and too often the ending is entirely predictable halfway into the book. At other times, in a desperate effort to create shock value, the final twist is bizarre and doesn’t even make sense.

The Woman in the House Across the Street from the Girl in the Window takes the latter route by making the killer a psychopathic child. The possibility of a nine-year old girl having the strength to overpower four adults, including her parents, and viciously murder them is obviously ridiculous. She was also somehow able to clean up Lisa’s murder scene and dispose of the body without being detected.

The twist may have been ludicrous, but it certainly had the surprise factor! (for me anyway).

All thrillers tend to conclude with a violent finale where the heroine must confront her nemesis and destroy them. One of the funniest and most disturbing things about this series is the extended battle-to-the-death scene at the end between Anna and Emma.

This scene is so over-the-top and runs for so long that it becomes almost unwatchable. While it’s a parody of the genre, it also had a more serious message for me because it shows up just how comfortable we’ve become with extreme, graphic violence in our entertainment. Seeing a child involved in a fight scene like this was quite confronting, but also a great example of black humour.

These are just some of the thriller tropes parodied in The Woman in the House Across the Street from the Girl in the Window. The series contains so many in-jokes that it really needs a second or third viewing to catch them all.

Janine Frances is the author of the dystopian thriller Omniscience.